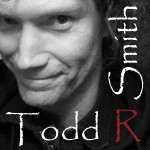 I’m celebrating over 27 years in the entertainment industry. I was hired for my first voice over jobs during High School and have continued to act ever since.  In college, I became a member of  Burpee’s Seedy Theatrical Company – the nation’s oldest collegiate improvisational comedy group.

I voiced characters after college for ensemble pieces that played at the Film Arts Festival in San Francisco, the Mill Valley Film Festival in Marin County, California, and on PBS National Television. I’ve worked in the film business behind the camera – first in live-action and then in VFX for films. I’ve appeared as non-speaking extras in ‘Hugo’, ‘The Curious Case of Benjamin Button’, ‘Zodiac’, ‘Invincible’, and ‘The Last Samurai’.  I’ve enjoyed it all. I’ve seen a lot of changes in the business.

Now  I return to my love for the human voice – helping you – connect to your audience – in a believable and genuine manner that builds… you guessed it – Trust, in the ears of your audience.

Here are some of the over 60 films on which I’ve worked live-action and VFX: